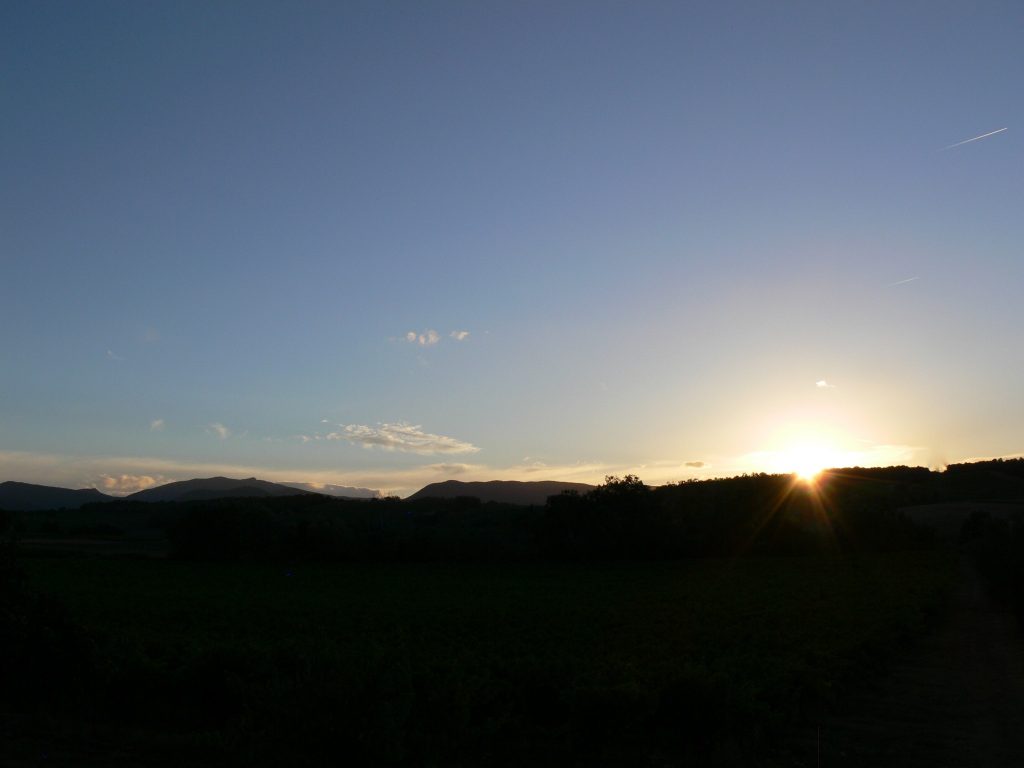 Consistent with the pattern I described earlier in the week we had a cool and rainy (but not at all stormy) day yesterday with 8mm of rain, the last rain previously having been on 4 August.  As you can see, today has dawned with clear blue sky and just a few shreds of clouds left over the pre-alpes.  There is a nice north wind which has already dried everything out and is forecast to increase to a mistral later in the day.  The rain was just about enough to be useful to the vines and should ensure that they don’t suffer from any drought stress which can block the ripening of the grapes.  Having said that, we will be quite happy if it now stays dry through to harvest in three to four weeks time! 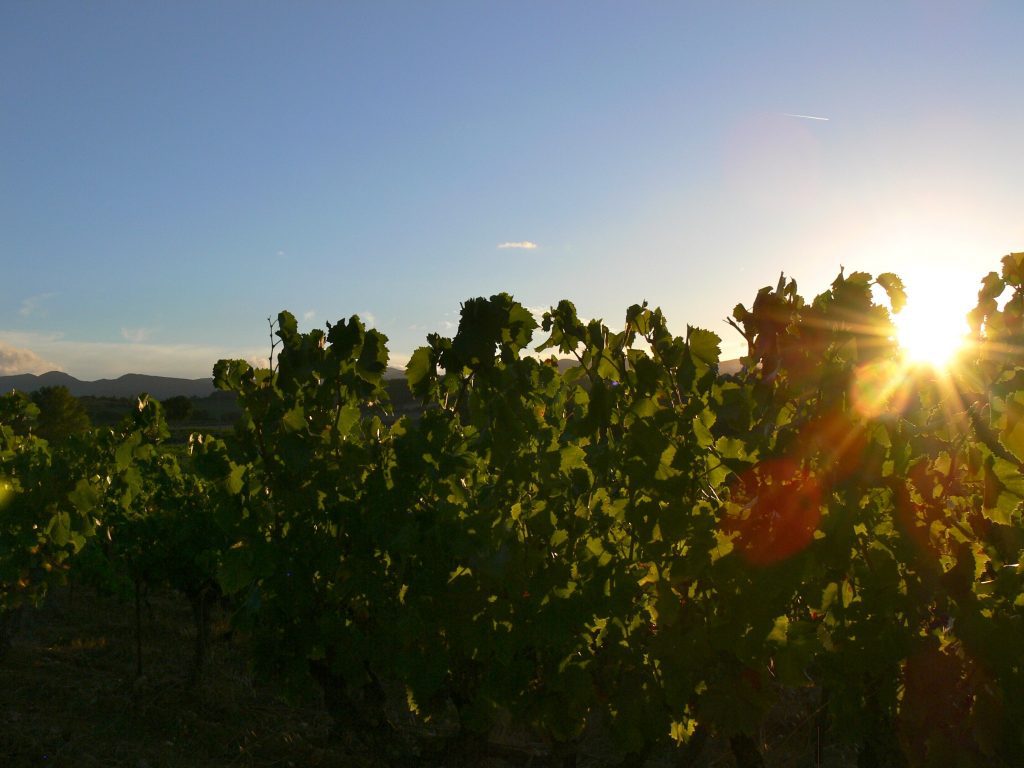