It’s now time to get on top of the grass and weeds in the vines.  We plough every second row, leaving alternate rows to grass, but it is important that the grass and weeds under and between the vines is kept clear to allow plenty of air to circulate around the vines and ultimately around the grapes.  For the past few years we have used a bladed plough which weaves in and out between the vines.  It is great in the summer, but it struggles a bit in the Spring to clear the strong new grass.  Last week we acquired a new rotating tool.  This also weaves in and out between the vines, but it has blades which rotate at high speed and turn over the earth.  We tried it out for the first time this afternoon and it gives a great result as you can see below: 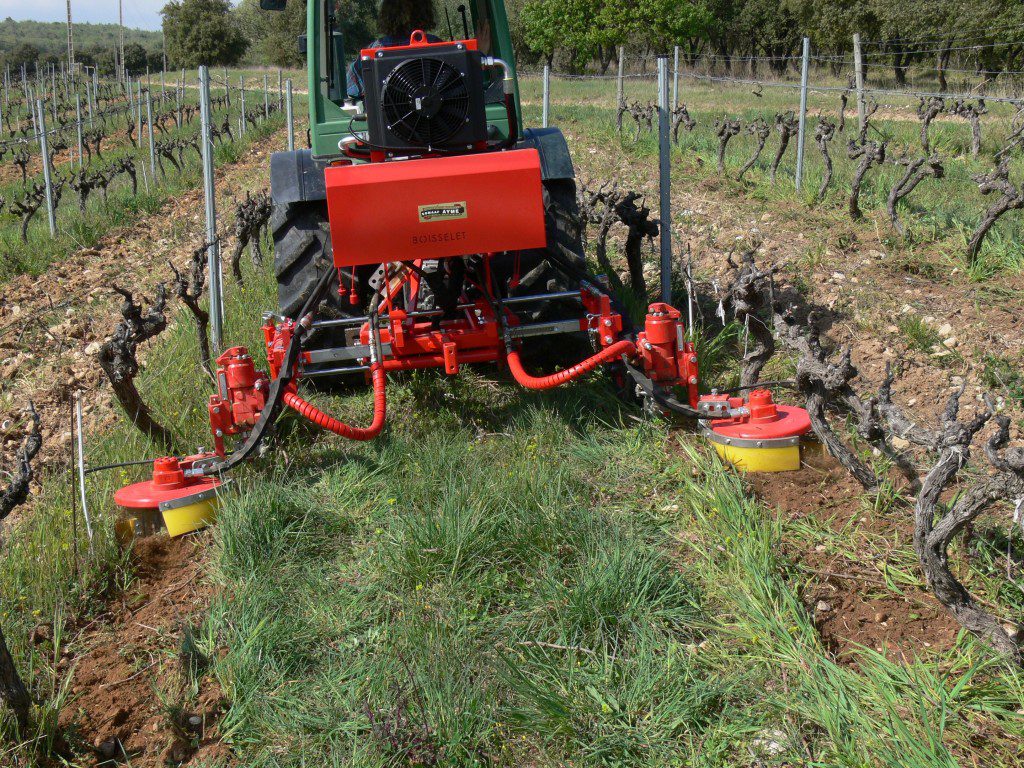 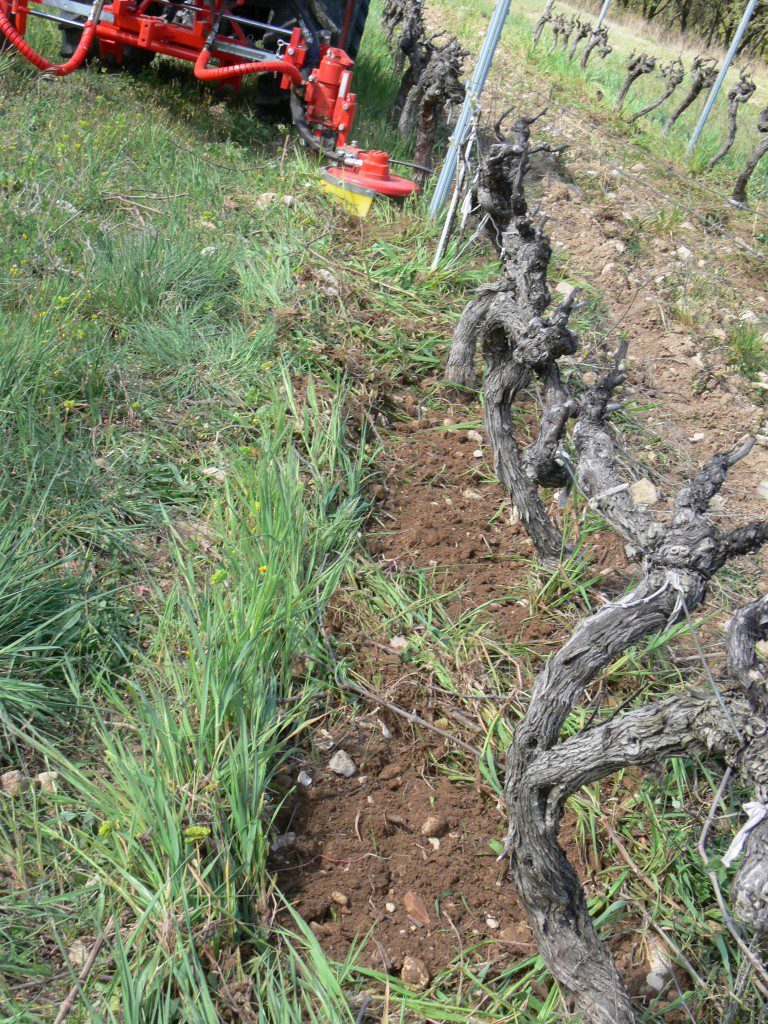 Tomorrow we are putting Vinsobres 2015 into barrels for our La Dame Anglaise. Will try and post some pictures of that too.